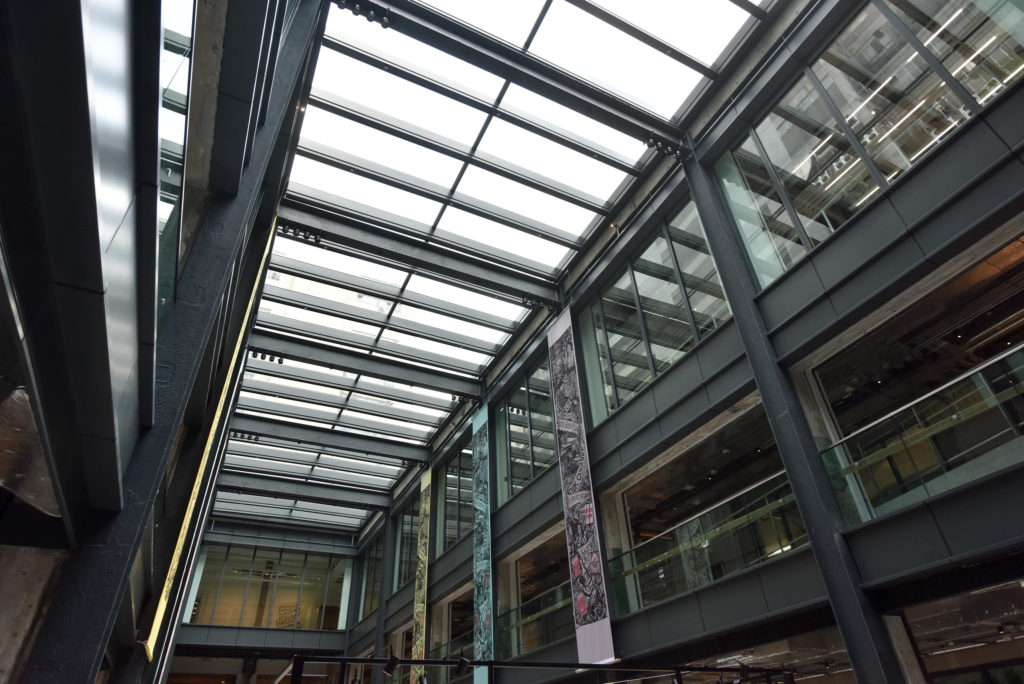 Contributed by Alex Lazarow, a venture capitalist with Cathay Innovation and author of OUT-INNOVATE: How Global Entrepreneurs–from Delhi to Detroit–Are Rewriting the Rules of Silicon Valley.

World leaders are putting up walls. For some, it is seen as a necessity to stem the growth of COVID cases in the domestic population. The European Union, for example, has extended its moratorium on flights from the United States, among other countries, because of coronavirus fears.

For other leaders, it is as good an excuse as any to push forward an established policy goal of protectionism and anti-immigration. In the US, the Trump administration announced its suspension of H-1B skilled visas, as well as other visa programs, to protect against COVID case growth and to prioritize Americans for domestic jobs as the economic recovery hastens.

Yet it is the same COVID story that tells us the importance of global collaboration for world-changing innovation. These days, some of the most promising vaccine candidates are coming out of the UK, China, France, Germany, and the US, and learnings from Liberia during the last Ebola outbreak are helping with contact tracing.

The global innovation supply chain, by which the best ideas come from everywhere, and are improved as they scale, has proven to be one of the strongest drivers of progress for businesses and consumers alike. The flow of people and ideas have led to the replication of products, services, and business models all over the world, and, importantly, to innovative iterations upon them. Disrupting this movement will have short- and long-term consequences.

Cross-pollinators power the world of innovation

Ideas spread through cross-pollinators: entrepreneurs and ecosystem builders that connect the dots. Immigrants are the ultimate cross-pollinators, bringing ideas and life experience from another geography. They bring a fresh perspective to existing issues and usually a desire to succeed and thrive in their new home. Because of this, immigrants have had disproportionate success in scaling innovations and kick-starting ecosystems.

Just look at the role that immigrants play in the US startup scene. According to the National Foundation for American Policy, more than 50 percent of US-based unicorns have an immigrant founder. These companies have a collective market capitalization of nearly $250 billion, which, for perspective, exceeds the stock markets of Argentina, Colombia and Ireland. Further, more than 80 percent of US billion-dollar companies have an immigrant in a key executive position.

Immigration also helps countries acquire much needed global talent. Imagine a professional soccer team that could only draw from its local city: They would be disadvantaged compared to their more open competitors. The same is true in the world of innovation. To find the best workers for certain jobs often requires looking for skilled workers outside of domestic borders.

Countries that use the unfortunate outbreak of COVID to close borders to skilled workers are only shooting themselves in the foot.

The best ideas come from everywhere

These days, innovative ideas are not just coming from Silicon Valley. They come from everywhere. Cross-pollinators—immigrants, global students and entrepreneurial nomads—contribute to a global network of ideas.

Take the case of Udaan, an Indian SMB trade platform. The company scaled to be valued at US$2.5 billion, and has spawned replicators among the emerging markets which share high degrees of informality. This includes Bazaar in Pakistan, Ula in Indonesia and Dropstore in South Africa.

Similarly, born-in-an-emerging-market company Oyo Rooms is an Indian hotel chain founded by a 19-year-old entrepreneur which (while having run into troubles in its global expansion) has inspired hospitality companies, including RedDoorz in southeast Asia.

M-Pesa is another example of a product in an emerging market. The mobile banking service, which started in Kenya, sparked a wave of similar companies. There are now more than one billion mobile money accounts with 290 live services in 95, according to GSMA’s 2019 report.

Inspiration is multidirectional, too. As much as Uber inspired the next big ride-sharing app in China called Didi, TikTok has inspired new American short-form video apps like Quibi. And as these companies start to add features and iterate on their offerings, innovation will continue to bounce back and forth between markets.

Ideas improve as they scale globally

The most enduring business models require adaptation, iteration and reinvention to succeed. As innovation scales globally, the model is duplicated and improved upon more rapidly across multiple geographies, ultimately yielding a stronger outcome.

Digital banking gives us a clear example about how a basic concept—a branchless app-based bank—resulted in different regional winners with unique products and distinct advantages.

In Europe, thanks to regulatory reform, big players arose like N26, Monzo and others. These companies had built an ecosystem model that offered multiple services to consumers. In Brazil, Nubank, today valued at US$10B, was a credit-first model. In the US, the leader is Chime (full disclosure, the fund I work with is an investor), where debit interchange has proven to be the model that succeeded. On the surface, the headline of digital banks is similar, but under the hood, how these businesses reach customers and monetize could not be more different. Today, players are emerging all over the world, leveraging elements of each of these approaches.

These ideas improve as they scale. Go-Jek the ride-sharing app in Indonesia valued at over US$12 billion is a good example. It originally leveraged the ride-sharing models pioneered in Silicon Valley. Yet it improved the idea, borrowing inspiration from super-apps in China. Through its network of drivers, Go-Jek offers a range of services spanning financial services, meal delivery as well as cell phone top ups, doctor visits and even massages. Go-Jek and other global evolutions ended up inspiring the original as well, as we have seen the growth of UberEats and more recently its credit card and wallet.

Real innovation happens when entrepreneurs have the freedom to take an idea and iterate upon it, to build something that the world has not yet seen. Oftentimes these products are tailored to a new customer base, and the consumers and local economies stand to benefit. But through this process, we all have a chance to benefit because the ideas improve as they get attempted around the world.

We must keep innovation channels open

To continue to spur the world’s innovation movement we still need global connection. This of course starts with smart policies that are built on facts, not fear. The business and academic communities also have an important role to play in finding new ways of supporting the global innovation supply chain amidst the lock down and travel restrictions.

Companies must speak up about the ways in which immigration propels their business forward through innovation and growth. Likewise, academic institutions must weigh in. The nonprofit sector should continue to double down on global entrepreneurial communities.

To solve the world’s thorniest problems, we need the innovation supply chain to keep flowing.

Alex Lazarow is a venture capitalist with Cathay Innovation and author of OUT-INNOVATE: How Global Entrepreneurs–from Delhi to Detroit–Are Rewriting the Rules of Silicon Valley.

Are You a Workaholic? How To Focus on Working Smart Instead of Hard In 2020.