Google’s use of artificial intelligence to power many of its products, including its Google Assistant, inspires awe and praise.

Although the Assistant can book a restaurant reservation and translate live conversations in two dozen languages, a group of contractors toiling behind the scenes builds the gigantic data sets required to power the technology.

According to a new report in The Guardian, those contractors — part of a much larger group of more than 100,000 temps, vendors and contractors at Google — have been pressured to work unpaid overtime and often feel like second-class citizens at the tech giant.

“It’s smoke and mirrors if anything,” a current Google employee told the British news outlet. “Artificial intelligence is not that artificial; it’s human beings that are doing the work.”

FACEBOOK’S AVERAGE US USER SPENT 38 MINUTES PER DAY ON THE PLATFORM, A DECLINE FROM THE PREVIOUS YEAR

The group of Google employees that spoke with The Guardian work on Pygmalion, which is the team that produces the linguistic data sets that power Assistant and allow it to understand so many different languages. The workers charge that their concerns were raised internally but ultimately ignored and they described Google’s overall two-tier system of employees as “corrosive,” “highly problematic” and “permissive of exploitation.”

According to The Guardian, the Pygmalion team now includes 40 to 50 full-time Googlers and about 200 temporary workers employed through agencies.

“It’s like a white-collar sweatshop,” one current Google employee said. “If it’s not illegal, it’s definitely exploitative. It’s to the point where I don’t use the Google Assistant, because I know how it’s made, and I can’t support it.” 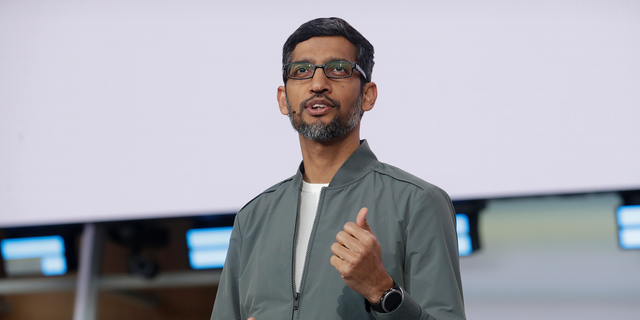 The British newspaper reports that all of the contractors on this team have at least a Bachelor’s degree in linguistics, while many have master’s degrees and some have doctorates. Competition among them was fierce, the sources claim, since they wanted to ultimately work full-time for Google.

Within that dynamic, contractors often worked unpaid overtime for the tech giant, potentially running afoul of labor laws. However, a source at Google familiar with this topic said that temporary workers and vendors are not participating in trial runs for full-time work and that their Google employee supervisors are trained to make that clear.

“The work that they assign often takes more than 8 hours,” they added. “Every week you fill out a timesheet. One person one time did submit overtime, and they were chastised. No punishment, but definitely told not to work overtime.”CLICK HERE FOR THE FOX NEWS APP

A person familiar with the issue at Google said temporary and contract workers have access to the same hotline in terms of reporting concerns that they might have about working conditions. In addition, the search giant is also in the midst of probing a report about a possible violation of overtime pay policies that Google was made aware of in February, according to the source.

Google’s temp workers, contractors and vendors have been demanding better wages, more respect and access to some of the lavish perks available to full-timers since last year. The company is known to pay full-timers a median salary of over $240,000, whereas temps and contractors are paid far less than that.

A Googe spokesperson provided Fox News with the following statement from Eileen Naughton, VP of People Operations: “Our policy is clear that all temporary workers must be paid for any overtime worked. If we find that anyone isn’t properly paid, we make sure they are compensated appropriately and take action against any Google employee who violates this policy.”