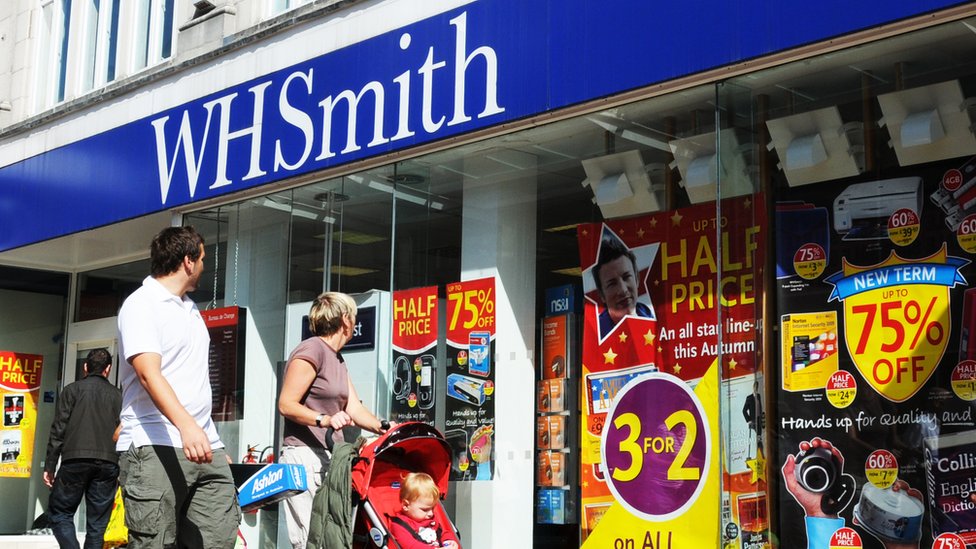 WH Smith has been voted the worst retailer on the UK High Street in a survey of more than 10,000 consumers.

Customers complained the shops were out-of-date, products were expensive and staff were rude in the survey by consumer group Which?

Cosmetics chain Lush, discounter Savers and toy chain Smyths Toys came top in the survey, which asked shoppers for their thoughts on about 100 retailers.

WH Smith said just 184 shoppers had commented on its stores in the survey.

“We serve 12 million customers each week, and despite a challenging retail environment we continue to open new shops, and to maintain our presence on the UK High Street,” a spokesperson said.

Which? said its ranking was based on customers’ experiences of buying items other than groceries, their level of satisfaction and the likelihood of recommending each shop.

Retail sales bounce back in April

It is the eighth year in a row that WH Smith has been ranked in the bottom two of the survey.

The shopping experience at the chain has been humorously documented online by a Twitter account called WHS Carpet.

Shoppers send in photos of wonky shelves, tired flooring and out-of-date stock to the account, which has more than 12,000 followers.

One shopper recently noted that the chain’s Blackpool store was selling both Easter and Christmas chocolate at the same time.

While another found children’s toys stacked out of reach.

Despite the criticism, WH Smith is successfully managing to drive sales at its travel stores higher. Revenues at its outlets at railway stations and airports overtook those of its High Street stores for the first time last year.

Last month, WH Smith said sales in its travel arm rose 7% in the six months to the end of February. In contrast, sales at its High Street stores dropped 5%.

Top-rated shops, according to Which?

Bottom-rated shops, according to Which?

6= Toys R Us/Babies R Us (since closed down), JD Sports

Which? said its survey found that customers valued being able to touch, feel and try on items before purchasing them as well as being able to ask staff questions.

The survey also found that things such as having to queue and crowding put shoppers off.

“If retailers can strike the right balance between good value, quality products and first-class customer service, shoppers will keep coming back to their stores,” Ben Clissitt, Which? magazine editor, said.

How to Show the World Your Greatness

Markets need more clarity, and progress, on US trade and foreign policy issues