That brings his total contributions to the nonprofit to $30 million.

Ann Lee, CORE’s CEO and co-founder, told Fox News Wednesday that the massive donation lifted the nonprofit on “a scale that was exponentially greater than what we hoped for.”

“It has made a huge impact,” she said. “All of our sites right now are currently funded through Jack Dorsey’s donations.”

CORE has set up 38 coronavirus testing sites around the United States, primarily in high-risk and low-income communities, and also to help first responders and other essential workers.

The community-focused nonprofit traces its disaster relief roots to the devastating earthquake in Haiti in 2010. Amid the coronavirus outbreak, it has helped local groups and municipalities administer hundreds of thousands of COVID-19 tests.

But it was also struggling for funding and operating with a large overhead, and neither CORE nor any other single organization can fully combat the outbreak on its own, Lee said. In Los Angeles, she explained, running test sites alongside the city’s fire department was costing between $650,000 and almost $1 million a month. That is just one of eight cities where CORE is conducting testing.

Overcoming the pandemic will require community groups, the government, the private sector and everyday Americans to join forces, she said.

“The expectation of, I think, the average citizen is that this is a government response,” Lee said. “I think that the nature of this pandemic has really laid bare the weaknesses in our systems, and also the fact that the government can’t do everything.”

That leaves room for everyone to get involved, she said, whether by donating to aid groups or simply following social distancing guidelines, wearing face masks and taking other precautions against the virus’ spread.

Along with the donation, Dorsey panned the federal government’s response to the crisis and praised CORE for providing “a model others can replicate.” He had previously donated $10 million from the fund to CORE in May.

“Lacking a cohesive federal strategy means we have to take matters into our own hands, and I’m grateful CORE has stepped up to do just that,” he said in a statement Wednesday. 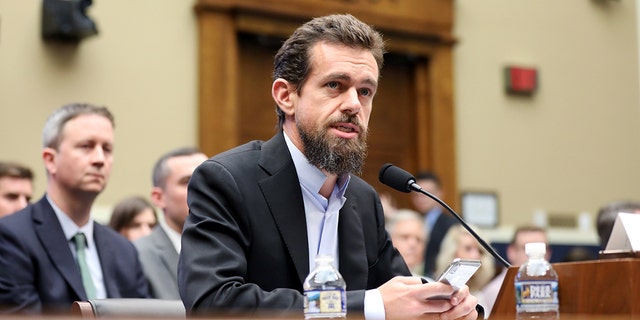 Penn, the activist actor who co-founded CORE with Lee, called Dorsey’s donations “an unprecedented private sector contribution” in the face of a global health emergency.

“No matter what governments do, or do not do, one individual and one company among multibillion-dollar revenues can pay it forward to the greater good,” he said in a statement. “What should alarm the public is that Dorsey and #startsmall are virtually alone in that commitment.”

Dorsey announced in April that he was placing $1 billion in equity, more than a quarter of his wealth, in the #startsmall fund to help fight the coronavirus around the world. A Twitter search of the hashtag reveals a wide range of charities and programs he has donated to.

“It’s because of him that we’ve been able to sustain in the last three months and reached a number of over 500,000 people being tested throughout the country,” Lee said. “Jack definitely fueled the nationwide expansion in a major way.”

Beyond testing, CORE said Dorsey’s contribution will go toward developing community-based contact tracing programs that could help alert people that they’ve been exposed to someone who has tested positive for COVID-19.

The nonprofit is also sharing information about its program in an open-source fashion on its website in the hope that other relief groups can learn from its experiences, Lee said. More information about CORE’s coronavirus response is available here.

The U.S. has seen more than 2.6 million coronavirus cases as of Tuesday, according to Johns Hopkins University, and more than 127,000 deaths.

“We all have a role to play in this,” Lee said. “From large to small it’s about participating. It’s about being a part of this historical moment to work toward something that is our war of our lifetimes.”