A middle school in Kentucky has built an online database to complement a needle-collecting device it developed.

In May of last year, middle schoolers from the Ashland Middle School in Ashland, Ky., were among the national winners of Samsung’s Solve for Tomorrow contest. They won for developing a device that lets first responders safely collect potentially hazardous needles left behind by opioid and other drug users.

The device itself, 3D–printed at the school, is a small plastic box, about the length of a syringe and a few inches wide. The box is placed over the needle, then squeezed to pick up the syringe.

“We have an open order as soon as we can provide it. Every police car in the city will be equipped with our device as soon as we can get them to [the police department],” John Leistner, a teacher at Ashland Middle, told Fox News in an interview on Thursday. 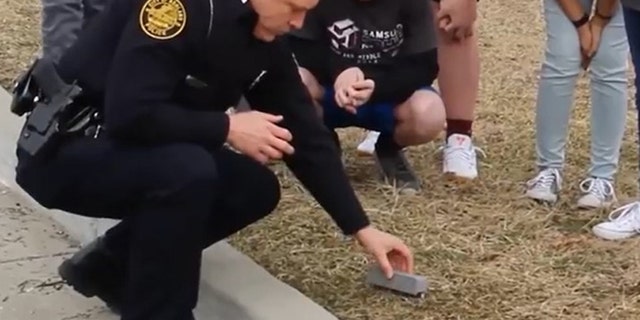 A police officer with the prototype device designed for safely picking up hypodermic needles. (Screenshot from Samsung YouTube video)

The school is trying to come up with a cost-efficient way to manufacture the device after prototyping it on the school’s 3D printers.

During the process of developing the device, the students also created an online database where people can report where they find used needles. The goal was to map the areas where needles can be found.

“The Ashland Police Department has been on board with our project since Day 1,” Aubree Hay, a student at Ashland Middle School, told Fox News. 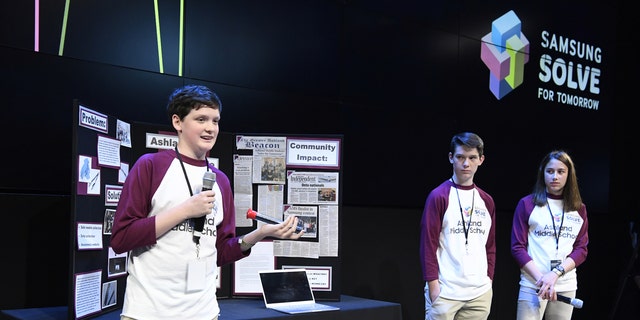 “We passed off our database to Ashland Police Department. Right now they are updating the map as we speak,” she said.

Ms. Monopoly is supposed to empower women. Critics say it does the opposite

How CBD Helped Paul Pierce Cope With PTSD and Depression