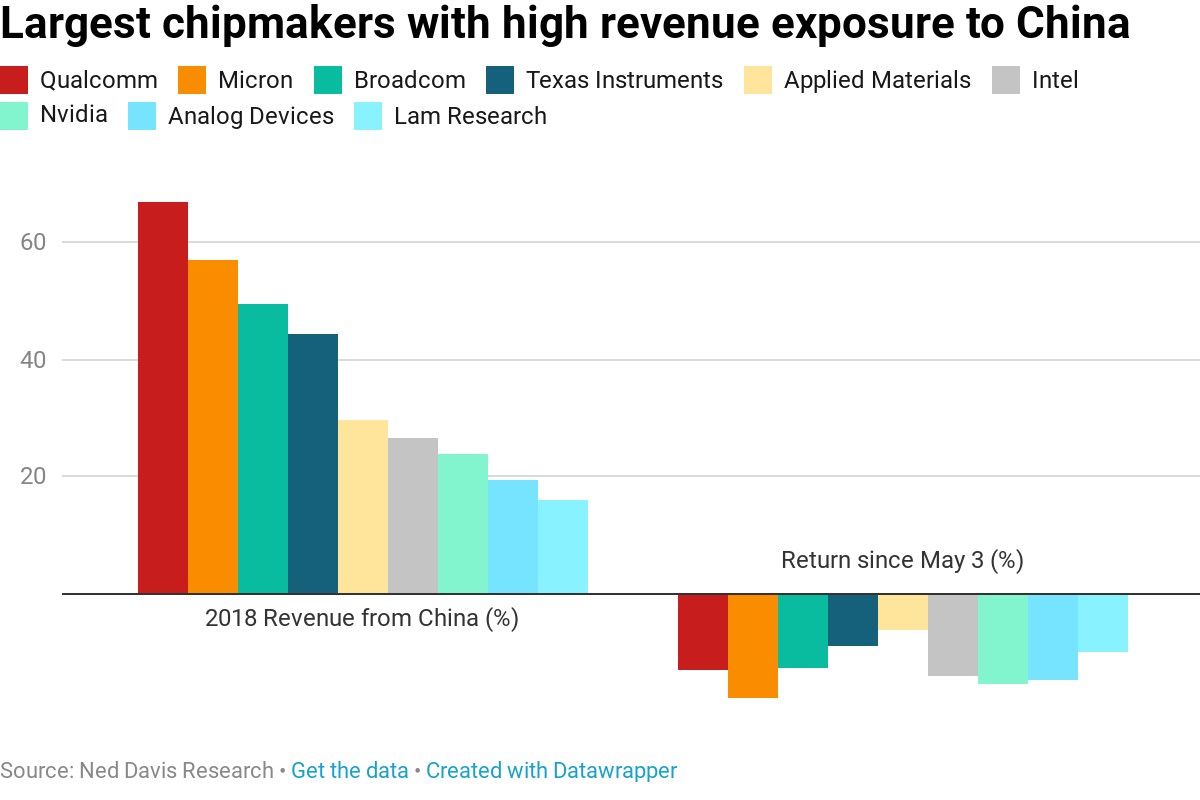 Investors trying to get a gauge on the state of U.S.-China trade relations should look at shares of big chipmakers like Qualcomm, Micron Technology and Broadcom, according to Ned Davis Research.

The firm points out that Qualcomm had 67% of its 2018 revenue come from China, while Micron saw 57.1% of its sales come from the second-largest economy in the world. Broadcom and Texas Instruments have more than 40% revenue exposure to China, while Applied Materials, Intel and Nvidia are all exposed to China by more than 20%.

These stocks, along with Analog Devices and Lam Research, have taken a massive hit ever since the U.S. threatened to hike tariffs on Chinese goods earlier this month. Since May 3, Qualcomm has lost nearly 13% while Micron is down about 18%. The best-performing stock in the group is Applied Materials, which is only down 6.1% in that time yet it is still lagging the S&P 500.

Chip stocks are also under pressure after the U.S. blacklisted Huawei, a Chinese telecom giant that does business with several U.S. tech companies. On May 15, Trump signed an executive order requiring U.S. companies to obtain a license if they wanted to do business with Huawei. The U.S. then issued a 90-day reprieve for Huawei, however.

“A risk for technology companies is that the trend continues, and China retaliates with moves that make it more difficult for U.S. companies to operate in China,” Rob Anderson, investment research analyst at Ned Davis Research, wrote in a note Thursday. “For now, we maintain our market weight recommendation on the sector … We will take our cue from our sector model and monitor the trade situation. We may downgrade the sector to underweight if the trade war causes the overall economy to slow and weakness spreads into software spending.”