Have you ever wanted to transform your face into an artistic, museum-worthy portrait?

A new artificial intelligence developed by researchers at the MIT-IBM Watson AI Lab have built a fun widget that allows you to transform yourself into a classical portrait.

At aiportraits.com, you can upload a selfie and wait while the algorithm – which was trained on 45,000 portrait images to create a fake watercolor, oil or ink portrait – does its work.

The database has a fairly wide range of artists, including Rembrandt and van Gogh, and performs its work using what’s known as a generative adversarial network (GAN) to create new features from scratch. 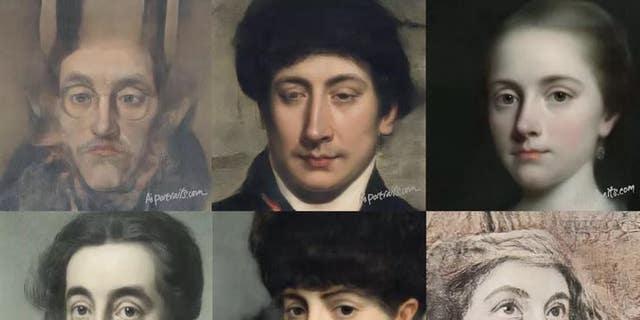 Some portraits produced by the AI Portrait Ars model.

According to researchers, different selfies or pictures will garner unique results.

“Not only colors, but shapes, the lines of the face are completely redesigned by the model,” according to the site.

Unlike the popular and viral FaceApp, which has raised the concerns of security experts, this site’s founders say they won’t use your data for any other purpose and that your images are deleted “immediately” after use.