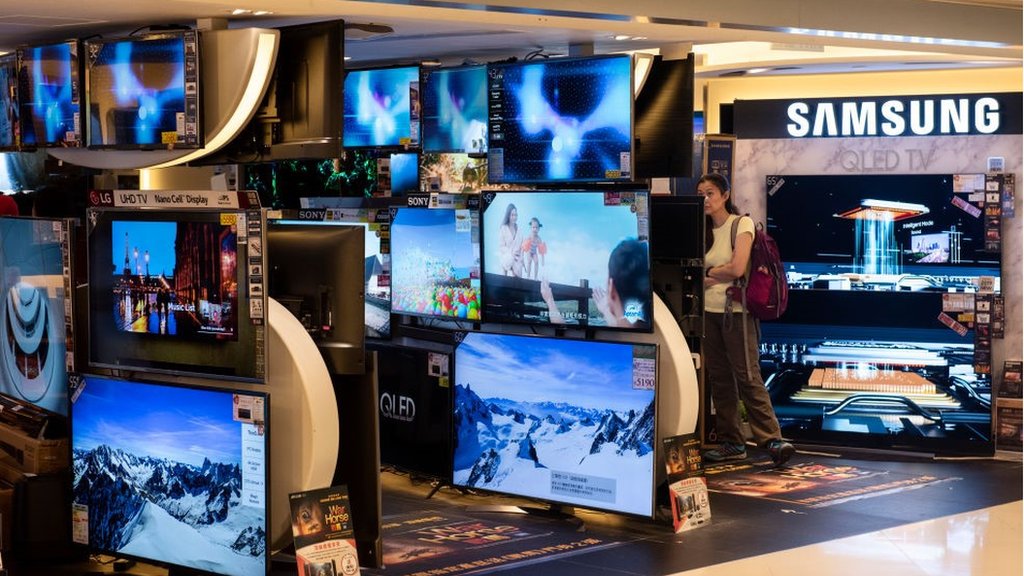 Samsung has advised owners of its latest TVs to run regular virus scans.

A how-to video on the Samsung Support USA Twitter account demonstrates the more than a dozen remote-control button presses required to access the sub-menu needed to activate the check.

It suggested users should carry out the process “every few weeks” to “prevent malicious software attacks”.

The suggestion surprised cyber-security specialists, who said the public would be unlikely to go to the trouble.

BBC News asked Samsung whether any specific threat had prompted the warning.

The company responded that it had been “posted for customers’ education”.

However, it also deleted the post at about the same time. The 19-second video guide had been watched more than 200,000 times.

In a separate statement given to the BBC on 18 June, Samsung added: “Samsung takes security very seriously and our products and services are designed with security in mind.

“Yesterday we shared information about one of the preventative security features on our Smart TVs, in order to show consumers proactive steps they can take on their device.

“We understand that this may have caused some confusion and we want to clarify that this was simply a way to inform and educate consumers about one of the features included in our products.”

One security adviser had described the tweet as being “pointless advice” that would be a “waste of time” to follow.

“There is a tiny number of known malware that might attack a TV,” said Ken Munro, of Pen Test Partners.

“I’ve seen one case of a ransomware infection but the prospect of it happening to most users is very small.

“A better solution would be for Samsung to automatically update its operating system for you.”

Another expert predicted that very few people if any were likely to follow the advice.

“Trying to place the burden on users like this won’t work,” said Scott Helme, of Security Headers.

“At the very least, Samsung should provide an on-screen prompt if this were really necessary.”

The tweet had prompted some users to suggest the alert was a good reason to avoid connecting a television to the internet in the first place.

Or maybe you could make this happen automatically if it’s so important. Do you really think people go digging around in that menu?

Samsung previously raised eyebrows about the security of its smart TVs, in 2015, when it warned customers not to discuss personal information in front of the displays as they could transmit it to third parties.