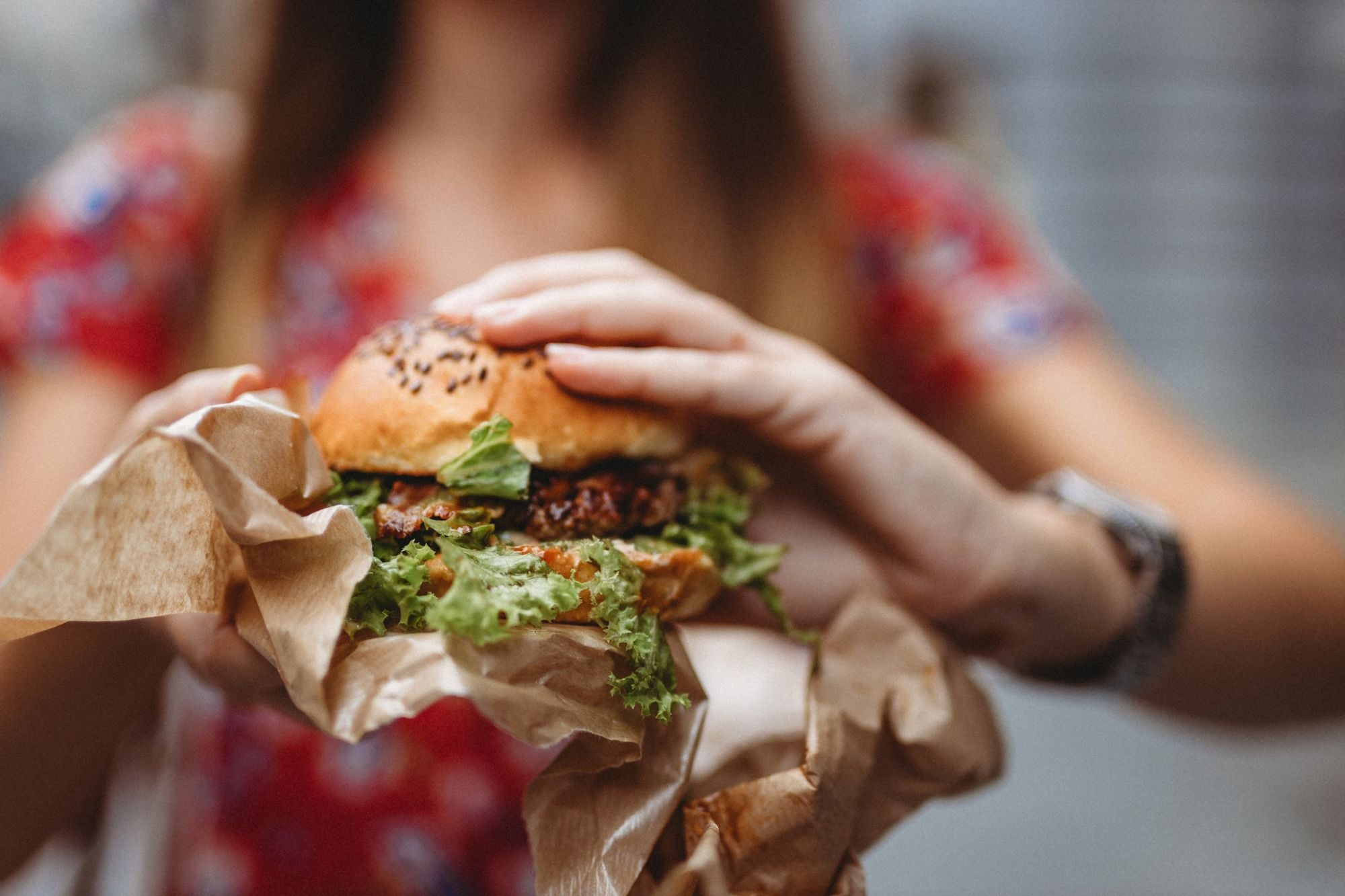 While the U.S. is seeing a huge appetite for plant-based meat and cutting-edge innovation, the rest of the world is also waking up to peoples’ demand for a healthier, more sustainable way of living and eating.

The U.S. is seeing incredible technological innovation in the plant-based food industry. The quality of products, and their likeness to animal-based meat, continues to astound “reducetarians” — the rise of people who are cutting back on animal products — across the country.

Impossible Foods, for example, has found a way to use plant-based heme — which gives meat its taste — by fermenting genetically engineered yeast and using it to make patties resemble meat. This process generates 87 percent fewer greenhouse gases and 75 percent less water than burgers from cows.

It’s no surprise, then, that plant-based industry is seeing unprecedented growth. Retail sales in the U.S. for plant-based foods grew 11 percent to $4.5 billion over the year leading up to July 2019, compared to just a 2 percent growth of the U.S. retail food market over the same period.

Related: Sales of Plant-Based Meat Grew 11 Percent in the Past Year

The U.S. plant-based meat industry was worth $801 million and was the third fastest-growing category of plant-based foods, behind milk and other dairy substitutes for the year ending 2019. It’s predicted to be worth $27.9 billion by 2025, according to researchers at MarketsandMarkets, while financial firm UBS predicts the industry will grow to $85 billion by 2030.

But innovation is happening far beyond the likes of Impossible Foods and other popular plant-based meat companies like Beyond Meat and Alpha Foods. While the U.S. is seeing a huge appetite for plant-based foods and cutting-edge innovation, the rest of the world is also waking up to peoples’ demand for a healthier, more sustainable way of living and eating. The global market for plant-based meat alternatives is projected to grow to $1.5 billion by 2022.

In the U.K., Moving Mountains (so named for the three mission-driven goals of the founder to improve human health, protect the environment, and spare animals of cruelty) introduced the country’s first “bleeding” burger in 2018, made with mushrooms, wheat, soy, pea proteins, and beetroot juice. The following year, it created the U.K.’s first plant-based hot dog, which is heated and molded to take on the appearance of a pork hot dog and smoked in a real smoke-house. The company, which launched in 2016, has since expanded across Europe and has recently made deals to export to the Middle East and the U.S.

Quorn, launched in the U.K. back in 1985, pioneered vegetarian alternatives to meat. In recent years, the company has been edging closer to the realistic meat substitutes aimed at meat-eaters instead. The company has launched a vegan sausage roll in popular nationwide bakery, Greggs. Thanks to their popular Quorn addition, Greggs made £1bn in sales for the first time.

Meatless Farm Co. is another mission-driven, sustainable plant-based food company that was founded in the U.K. but now has a presence in several global markets, including the U.S., Ireland, Sweden, Hong Kong, Canada, and the UAE. Its main goal is making meatless meals more delicious. The Meatless Farm Co.’s team of chefs and nutritionists are dedicated to making fresh plant-based meat alternatives that taste delicious, are easy to cook and are better for the planet. Most recently, Meatless Farm Co. entered into the breakfast space with a fresh breakfast meat alternative — meat-free breakfast sausages and meat-free sausage patties. Both sausage varieties are soy-free, gluten-free, and made from non-GMO ingredients.

Related: Why the Next Technological Revolution in Plant-Based Meat Is Chicken

Elsewhere in Europe, Spanish company Novameat has produced a plant-based steak that, according to the buzz, is the most realistic on the market, and mimics the texture and look of real steak. Its ingredients, including pea, seaweed, and beetroot juice, are shaped into fine fibers to recreate muscle tissues. Founder Giuseppe Scionti says the secret to the steak is a patented technology that produces ultra-fine fibers that replicate the muscle fibers and fat in the steak. It will be available in selected restaurants in Spain and Italy this year, with plans to scale-up the technology and expand further next year

On the other side of the world, China and India are the world’s most populous countries. The belief that most of the population in India follow a vegetarian diet is a misconception; two thirds, in fact, do eat meat — however, the amount consumed per person is still the lowest in the world. But rising wealth means meat consumption is likely to increase in both countries over the next few decades. The average person in China consumed 137 pounds of meat per year in 2013, compared to just nine pounds per year in 1961.

Consumers in both India and China show more interest than U.S.-based consumers towards plant-based meat, according to a report from last year. The researchers say their findings suggest that consumer demand in China and India, as well as the U.S., will be ready when producers supply plant-based foods to them. However, plant-based innovation is starting to happen in China, where the industry was valued at around $884 million in 2018, and it’s growing year-over-year.

In Beijing, start-up Zhenmeat has created a plant-based mincemeat alternative using pea protein that can be used to make dishes such as dumplings and meatballs, says its co-founder, Vincent Lu. He says the company is in talks with investors in Europe and the U.S., and in its first year, it raised around $723,1800.

Zhenmeat faces competition from the U.S., however, as Beyond Meat sets its sight on producing its burger there by the end of this year. Both Beyond Meat and Impossible Foods sell their burgers in Hong Kong, Macau, and Singapore, and Beyond Meat also operates in 50 countries across the world, including Taiwan and Korea.

Zhenmeat also faces competition from Australian plant-based start-up V2food, which is fast gaining ground and taking advantage of having few competitors in Australia. Its chief executive Nick Hazell says he wants to expand across the Asia-Pacific region over the next year.

The Commonwealth Scientific and Industrial Research Organisation (CSIRO), which funded V2food, predicts that the plant-based meat industry in Australia will be worth more than $6 billion by 2030. At the moment, according to one estimate, Australian’s eat more meat than every other country in the world apart from the U.S.

Last year, Chinese consumers were also introduced to Hong Kong-based start-up Omnipork. Made from pea, soy, mushrooms, and rice, Omnipork was the first plant-based pork substitute that bleeds and tastes like ground pork. It’s also served in restaurants in Hong Kong and Singapore. The company’s founder, David Yeung, says he’s found the stigma towards plant-based eating in Asia to be a stumbling block. In China, for example, eating meat is seen as a sign of wealth. He also founded social venture Green Monday Group eight years ago to educate people in Hong Kong, China and other parts of Asia about the benefits of reducing their meat consumption.

In South Korea, food manufacturing company Zikooin has plans to expand its plant-based beef substitute Unlimeat — made out of oats, grains, and nuts — to the U.S. market this year, after launching a pop-up in NYC and San Francisco. Zikooin’s chief executive, Min Keum-Chae, says the company plans to expand globally and will be soon exporting to Thailand and India.

Russia’s Greenwise has plans to expand its plant-based products, including jerky, patties and cold cuts made out of soy, wheat gluten, and spices, into European markets.

There are undeniable global disparities when it comes to eating habits and cultural attitudes towards plant-based eating, and meat. Globally, we’re still consuming more meat than ever before, driven by rising demand in countries like Thailand, Brazil, and Morocco. But start-ups around the world are poised to meet rising demand, as well as stir interest in the benefits of plant-based foods among meat-eaters. The plant-based industry’s biggest players are expanding to countries where the industry is more nascent — hopefully, this will drive innovation and introduce more variety for consumers.

We need global efforts and awareness, after all, to meet the very global problems of the effects of meat and dairy consumption on our health, animals in factory farms, and the global warming crisis.