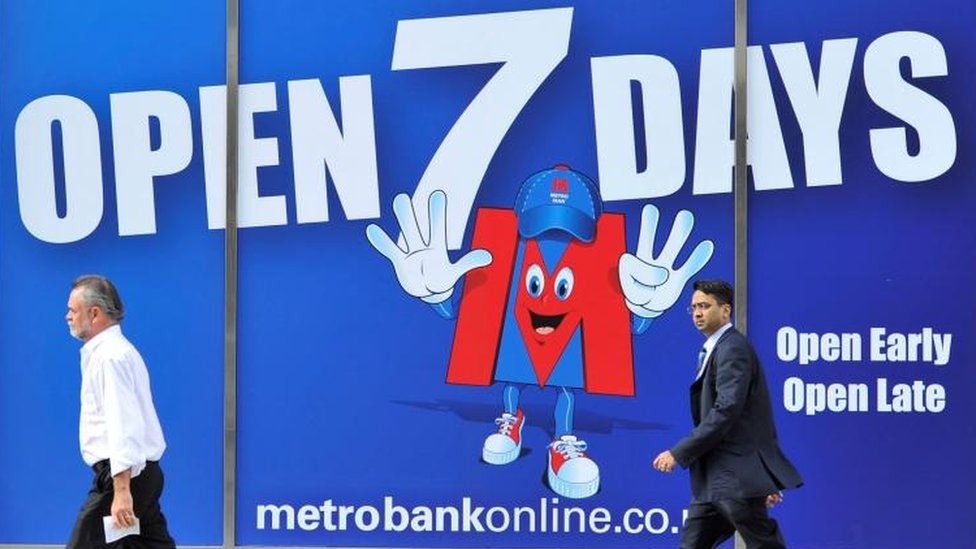 Metro Bank has said its plans to raise £350m to strengthen its finances are “well advanced” as it tries to quell questions over its financial health.

The bank’s shares have plummeted around 75% since January when it announced it needed the money to plug a funding gap left by an accounting error.

Reports have suggested the bank was struggling to raise the cash.

But Metro Bank said it was now in “final discussions” with shareholders and new investors over its plans.

“Feedback continues to be positive,” it added.

The bank – which has 67 branches in London and the South East – said it expected to raise the cash by the end of June.

It said it would raise the money via a share placing, with additional shares created and offered to new and existing investors.

The bank revealed in January that it had underestimated the risk level of some of its commercial loans, meaning it didn’t have the required shock-absorbing capital it needed to support a number of its business loans.

The funds it raises via its new share placing are aimed at making up for the shortfall.

The bank said the share sale had been underwritten by the banks arranging the sale.

Metro Bank has been under close supervision by regulator the Prudential Regulation Authority after the capital miscalculation.

The issue has also weighed heavily on its performance, with its recent results for the first three months of the year showing a sharp drop in pre-tax profit to £6.9m from £10m for the same period a year ago.

Chief executive Craig Donaldson said “adverse sentiment” has also impacted deposit growth, but said that 2019 would be “a year of transition” for the bank.

The bank was founded in 2010 by American Vernon Hill, becoming Britain’s first new High Street bank for over 100 years.

Its unusual focus, in a world where most banks are drastically cutting back on branches, has been on building physical branches, which open earlier and longer than any of their rivals.

Startup Owners: Have You Considered This Often-Overlooked Growth Strategy?