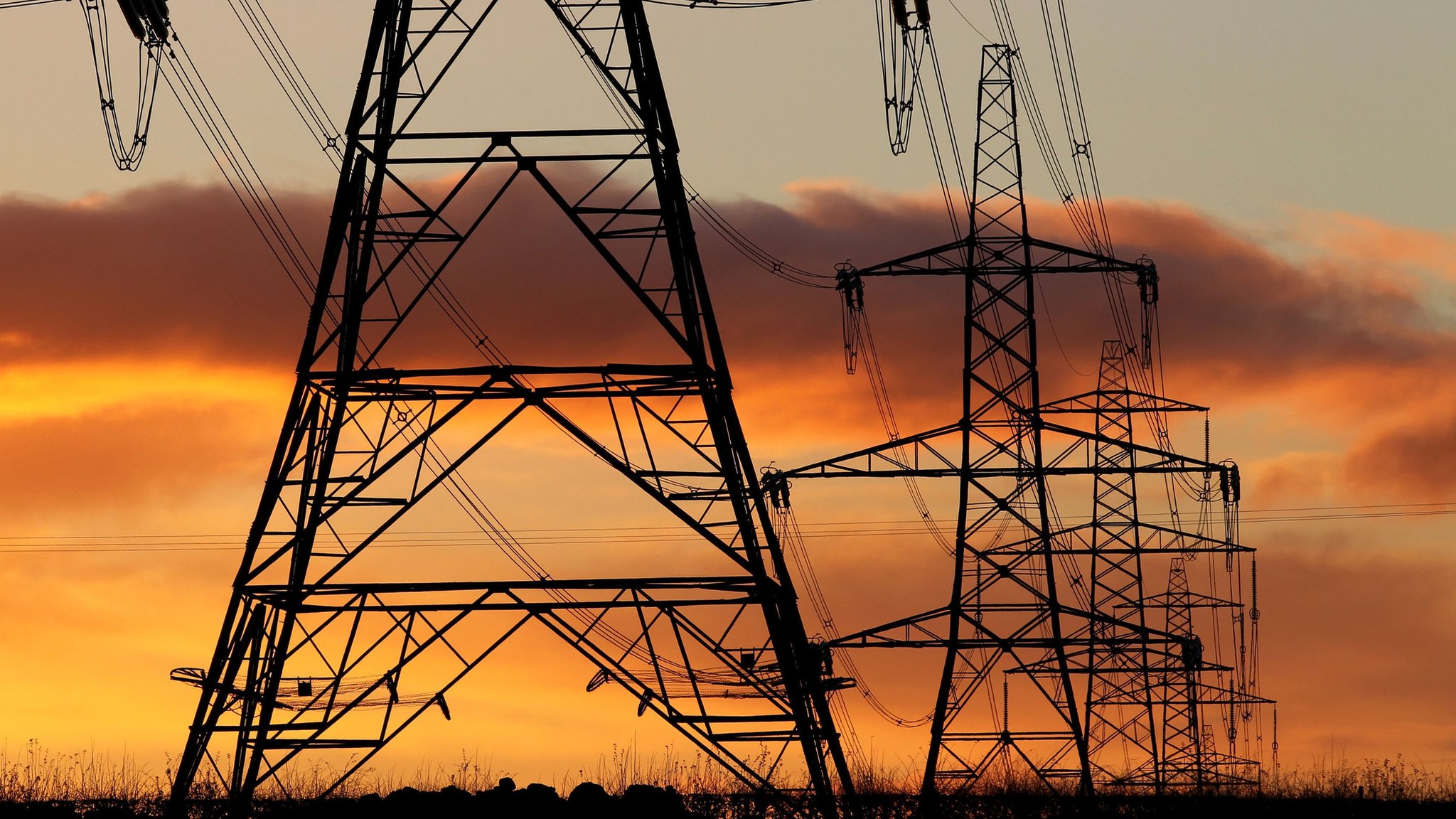 The Labour Party is unveiling plans to take the National Grid into public ownership.

It wants to create a National Energy Agency to own and maintain transmission infrastructure.

Labour said its nationalisation pledge would “usher in a Green Industrial Revolution” and tackle climate change.

But National Grid – the largest transmitter of electricity and gas in Britain – said the proposal was the “last thing” that was needed.

The firm, which does not operate in Northern Ireland, said the Labour plan would hinder the shift to green energy.

Its proposals are contained in a document entitled Bringing Energy Home, due to be presented on Thursday by leader Jeremy Corbyn and Rebecca Long Bailey, shadow energy secretary.

Installing solar plans on social homes and those with low-incomes is part of Labour’s plan to “usher in a Green Industrial Revolution in housing, transport and industry – creating over 400,000 jobs and tackling climate change”.

Labour said the solar panels would reduce fuel bills, and that it would also offer interest-free loans, grants and make changes to regulations to help an additional 750,000 properties install solar panels.

Unused electricity would be used by the National Grid, which would be nationalised.

“Energy networks that are owned by the public and responsive to the public interest will be able to prioritise tackling climate change, fuel poverty and security of supply over profit extraction, while working with energy unions to support energy workers through the transition,” Labour said.

But National Grid said the plan would “delay the huge amount of progress and investment that is already helping to make this country a leader in the move to green energy”.

“At a time when there is increased urgency to meet the challenges of climate change, the last thing that is needed is the enormous distraction, cost and complexity contained in these plans,” it added.

National Grid chief executive John Pettigrew told the BBC’s Today programme: “We do not believe the Labour proposals are in the interests of customers.”

He defended National Grid’s record, saying it was “in the middle of a huge transformation” and “investing hugely in the network”.

He said Labour had to consider what problem it was looking to solve.

Labour is committed to generating at least 60% of the UK’s electricity and heat from renewable and low-carbon sources by 2030.

It would take the four licensed and regulated electricity and gas transmission companies, including National Grid Electricity and National Grid Gas, back into public ownership and “replace existing private monopolies with publicly owned and locally run institutions”.

Mr Corbyn said: “Our Green Industrial Revolution will benefit working-class people with cheaper energy bills, more rewarding well-paid jobs, and new industries to revive the parts of our country that have been held back for far too long.”

However, Dan Neidle, a partner at law firm Clifford Chance, told the BBC that Labour’s nationalisation plans could contravene international law, because of suggestions that it would not necessarily pay stock market value to buy back the assets.

He said that in every UK privatisation so far, the state paid market value, so it was not up to Labour to decide what was a fair price.

“The courts have never said that’s acceptable,” he added. With the rare exception of Venezuela, “you have to look quite hard for governments that have done that”.

If the UK did this, it might struggle to raise money in the bond market, he suggested.

The Conservative’s vice-chairman for policy, Chris Philp, said Labour’s “ideological plan for the state to seize these companies would cost an eye-watering £100bn and saddle taxpayers with their debts”.

“It would leave politicians in Westminster in charge of keeping the lights on and leave customers with nowhere else to turn,” he added.

“With no credible plan for how Labour would pay for this, more borrowing and tax hikes would be inevitable.”

Game-streaming app Steam debuts on iPhone and iPad, a year after controversy