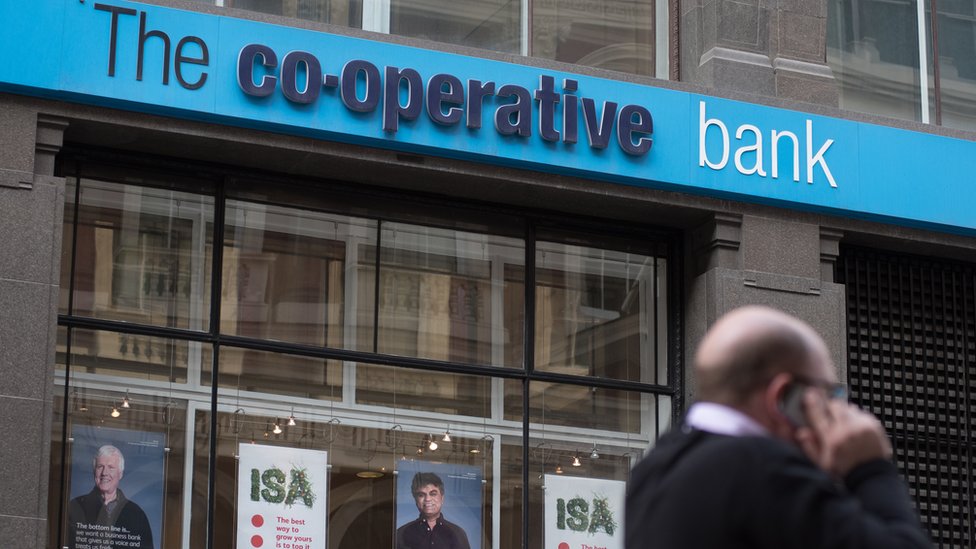 KPMG has been fined £5m and “severely reprimanded” after admitting misconduct in its 2009 audit of Co-operative Bank.

KPMG said it regretted that some of its audit work “did not meet the appropriate standards”.

The accountancy giant had also failed to tell Co-op Bank that a number of loans it acquired through the Britannia merger were riskier than thought and failed “to obtain sufficient appropriate audit evidence”, the FRC said.

KPMG will pay £4m after agreeing to a settlement. Audit partner Andrew Walker was also fined, and will pay £100,000. The accountancy firm will also pay the regulator’s costs of £500,000.

The FRC’s fines relate to the aftermath of Co-op Bank’s merger with Britannia. In 2013, the bank entered a bid for 632 branches being sold by Lloyds Bank.

The deal collapsed after the discovery of a £1.5bn black hole in the Co-op Bank’s balance sheet.

The Co-op Bank was subsequently taken over by a group of US hedge funds in a rescue deal in 2013.

In 2017, the bank required another, £700m rescue package from investors to stop it from collapsing.

The bank – which no longer has any association with its former parent the Co-op Group – now has about 68 branches, down from 164 in 2015. In common with its larger competitors, setting aside money for customers wrongly sold PPI loan insurance has hit its performance.

The fine is the latest in a series for KPMG, which is one of the “big four”, the four largest auditors in the UK which as well as KPMG, include PwC, EY and Deloitte.

Last month, it was fined £6m, received another severe reprimand and told to undertake an internal review over the way it audited insurance company Syndicate 218 in 2008 and 2009.

The FRC is also investigating the accountancy giant’s audit of the government contractor Carillion, which collapsed under £1bn of debt last year.

In June 2018, the FRC also found an “unacceptable deterioration” in KPMG’s work and said it would be subject to closer supervision.

The big four accountancy firms are currently under review by the Competition and Markets Authority (CMA), which has proposed an internal split between their audit and non-audit businesses to prevent conflicts of interest in audits.

MPS have gone further urging a full structural break up of the firms.

A Year Abroad Brought us F2F with the Power of Parenting