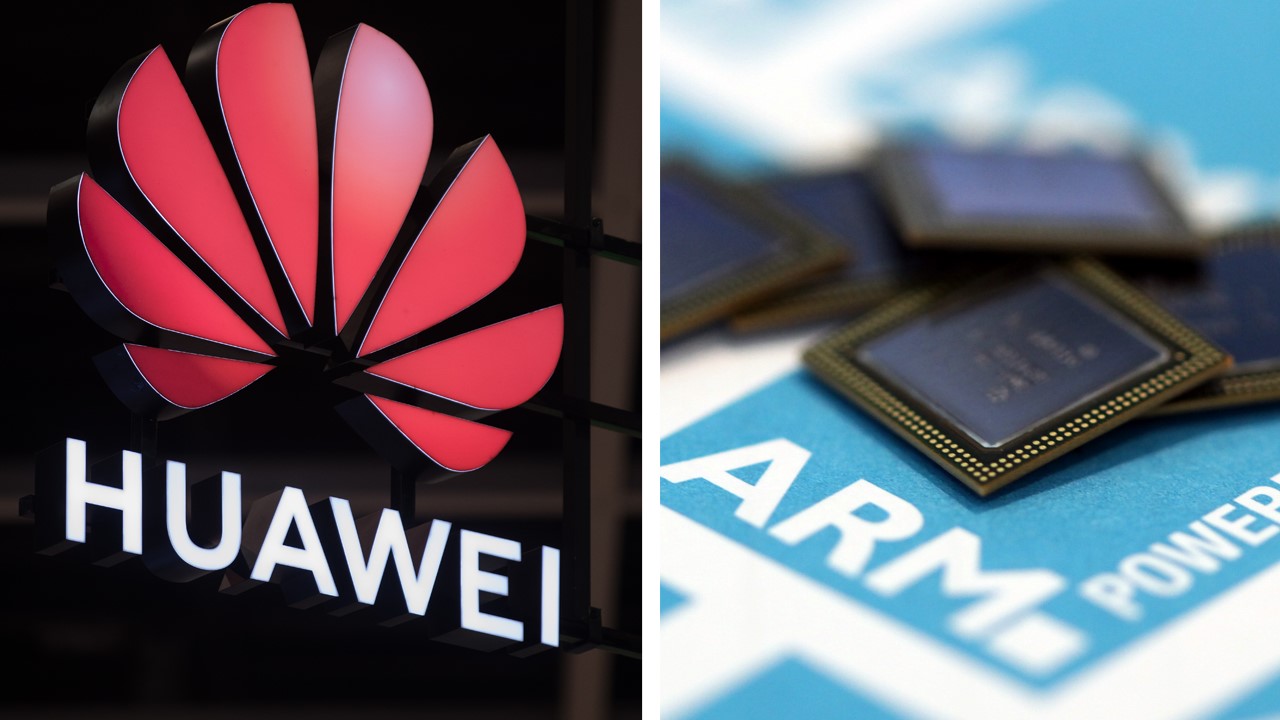 UK-based chip designer ARM has told staff it must suspend business with Huawei, according to internal documents obtained by the BBC.

ARM instructed employees to halt “all active contracts, support entitlements, and any pending engagements” with Huawei and its subsidiaries to comply with a recent US trade clampdown.

In a company memo, it said its designs contained “US origin technology”.

As a consequence, it believes it is affected by the Trump administration’s ban.

One analyst described the move, if it became long-term, as an “insurmountable” blow to Huawei’s business.

He said it would greatly affect the firm’s ability to develop its own chips, many of which are currently built with ARM’s underlying technology, for which it pays a licence.

Cambridge-headquartered ARM had been described as the UK’s largest tech firm until its takeover by a Japanese fund. It employs 6,000 workers and lists eight offices in the US.

In a statement it said it was “complying with all of the latest regulations set forth by the US government”, but declined to comment further.

A spokesman for Huawei said the company “is not commenting at this time”.

ARM is a chip designer founded in 1990. In September 2016 it was acquired by Japanese telecoms giant Softbank, but remains based in Cambridge, UK.

ARM does not manufacture computer processors itself, but rather licenses its semiconductor technologies to others.

In some cases, manufacturers only license ARM’s architecture, or “instruction sets”, which determine how processors handle commands. This option gives chip-makers greater freedom to customise their own designs.

In other cases, manufacturers license ARM’s processor core designs – which describes how the chips’ transistors should be arranged. These blueprints still need to be combined with other elements – such as memory and radios – to create what is referred to as a system-on-chip.

As a result, when you hear talk of a device being powered by a Samsung Exynos, Qualcomm Snapdragon or Apple A11 chip – or one in a Huawei smartphone – it is still ARM’s technology that is involved.

ARM’s US headquarters are in San Jose, California, and the firm has offices in Washington, Arizona, Texas and Massachusetts.

Read more: What is ARM and why was it worth $24bn?

ARM’s staff were informed of the decision on 16 May, following the US Commerce Department’s move to add Huawei to its “entity list” of companies with which American firms could no longer do business.

The BBC has also seen a company memo dated 18 May detailing the implications of the export ban.

On Tuesday 21 May, US government officials issued a 90-day reprieve on the restrictions in order to minimise immediate disruption. But a source at ARM said staff had not been told they could start working again with Huawei or its subsidiaries, even temporarily.

A spokesman for ARM declined to offer any additional clarity about the current status of its Huawei contracts.

According to one memo, ARM staff were instructed to suspend all interactions with Huawei and its subsidiaries.

It advised staff to send a note informing Huawei (or related) employees that due to an “unfortunate situation”, they were not allowed to “provide support, delivery technology (whether software, code, or other updates), engage in technical discussions, or otherwise discuss technical matters with Huawei, HiSilicon or any of the other named entities”.

ARM staff that come into contact with employees at industry events must “politely decline and stop” any conversations about the business, the guidance said – stressing that individuals could be held personally liable for breaking the trade rules.

The ban also appeared to apply to ARM China, the China-based company in which ARM Holdings owns a 49% stake. It was set up as a joint venture with a Chinese investment consortium last year in order to enable ARM to develop, sell and offer support for its products in the region.

Huawei told reporters on Tuesday that its “plan B” for software would be to develop its own operating system, something it has already been working on for some time. However, it will be significantly more difficult for the firm to source home-grown components of sufficient quality.

Huawei currently sources some of its chips from HiSilicon, which it owns. However, while produced in China, HiSilicon’s chips are built using underlying technology created by ARM.

While HiSilicon and Huawei are free to carry on using and manufacturing existing chips, the ban would mean the company could no longer turn to ARM for assistance in developing components for devices in future.

HiSilicon’s upcoming processor, Kirin 985, is due be used in Huawei devices later this year. According to a source at ARM, it is not expected to be affected by the ban. However, the next iteration of the chip has not yet been completed – and is likely to need to be rebuilt from scratch, the source said.

The relationship between ARM and Huawei engineers is tight – earlier this month Huawei announced its intention to build a research centre only 15 minutes from ARM’s headquarters in Cambridge, UK.

“ARM is the foundation of Huawei’s smartphone chip designs, so this is an insurmountable obstacle for Huawei,” said Geoff Blaber, from CCS Insight.

“That said, with an abundance of companies in Huawei’s supply chain already having taken action to comply with the US order, Huawei’s ability to operate was already severely affected.”

What is not yet clear is whether ARM is acting on its own interpretation of the US rules, or whether it has been advised by the Commerce Department.

“If that interpretation is correct, that’s going to affect every semiconductor company in the world,” remarked analyst Lee Ratliff, from IHS Markit.

“They’re not going to be able to easily replace these parts with new, in-house designs – the semiconductor industry in China is nascent.”

Do you have more information about this or any other technology story? You can reach Dave directly and securely through encrypted messaging app Signal on: +1 (628) 400-7370

Is American Entrepreneurship In Crisis?