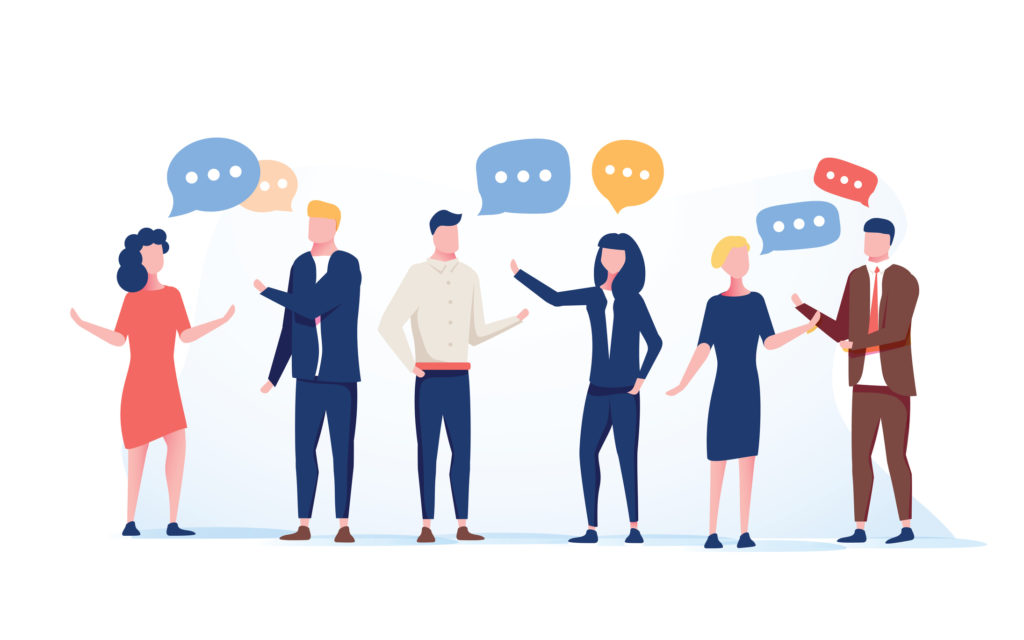 The leadership experts at Franklin Covey have released the essential guide to transforming into the great manager your team deserves. From Scott Jeffrey Miller with Todd Davis and Victoria Roos Olsson, Everyone Deserves a Great Manager provides the support and strategies you need to be a better leader. With permission from Simon & Schuster, Inc., we share an excerpt from the chapter, “Creating a Culture of Feedback.”

How many of us can remember the exact moment we received some difficult feedback? I don’t think it’s an overstatement to say that feedback is often traumatic, for both the giver and the receiver. And yet Dr. Stephen R. Covey wrote, “One of the greatest gifts you can give another human being is constructive feedback on a blind spot they never knew they had. It’s a great disservice not to say what needs to be said just because it isn’t comfortable. Care enough to give honest, accurate feedback.”

Now, I can appreciate that my restaurant manager had the courage to tell it to me straight. He had the right intention, but the skills in this chapter would have helped him deliver sensitive feedback without an index card.

As a leader, your job is to summon the courage and consideration to provide actionable, specific, and sometimes tough feedback to your employees. It’s an art, not a science, and it’s learned through repetition. It isn’t just a nice-to-have skill; if you want to be an effective leader, you must learn to do this. Taking it a step further, we believe you don’t have the right to be a leader if you’re not willing to step out of your comfort zone and provide people with feedback. 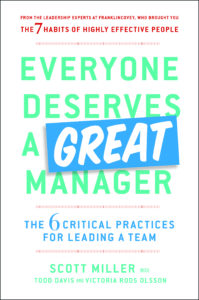 6 STEPS TO GET GREAT FEEDBACK

Seek, and get, actionable feedback by using our six-part approach:

1. Prepare people in advance and declare your intent. Showing up in someone’s office and asking for feedback will put them on the spot. Most people are going to say something like, “Oh, um, the meeting was great, boss!” Not helpful. Instead, let them know ahead of time that you’d like to get their feedback on, for example, how effective you are at conducting team meetings. Make it safe by telling them that you really want to improve in this area, and they can help. Then schedule a time after a team meeting or two when they’ve had a chance to think through what they want to share.

If you haven’t been in the habit of seeking feedback from your team, it will take some work to build trust. Be upfront about why you’re asking. Don’t make your direct reports guess your motivations for requesting feedback.

In terms of whom to ask for feedback, don’t only pick your champions or your detractors. Get a cross-section of people.

2. Ask for specific feedback. Generic questions like “How am I doing as a manager?” won’t yield many insights. Provide more context and a specific area to work on. For example, I have asked people to observe me delivering a presentation and then email their comments to me. Some people tend to be more courageous in email than face-to-face, and it gives you some space to digest their comments.

Use the words “advice” or “input” instead of “feedback.” By choosing language that implies you’re asking someone to share their expertise, you might avoid hitting the panic button, such as “I could use your advice on ways to better recognize our team’s contributions” or “Can I get your input on my email communication and how I might improve it?”

Offer examples of feedback you’ve received in the past. This signals that you know you’re not perfect and are open to feedback. For example, “Team members in the past have told me I can be unclear when I assign tasks. That was very helpful for me to hear, and it’s something I’m working on. Any additional thoughts you might share with me?”

3. Listen empathically. Bring your Empathic Listening skills from Practice 2: Hold Regular 1-on-1s. Don’t interrupt. Control your emotions, listen, and ask only clarifying questions. When receiving difficult feedback, you may feel devastated. Or you might feel like saying, “Are you kidding me? Do you have any idea how hard my job is?” Which is a great way to guarantee that you’ll never get honest feedback again.

Forgive awkward deliveries. Many individual contributors haven’t received training on how to give feedback in the workplace and have few opportunities to practice. As a result, their delivery might come across as too blunt, hesitant, or unpolished. Look past the delivery and focus on the substance of what they’re saying and the intent behind it.

Go back to the “6 Most Common Responses to Feedback” in Skill 2 earlier in this section. Do you recognize yourself as one of them? Do you need to manage your own reaction accordingly?

When I receive feedback, my first response is to bristle at it, probably like everyone else in the world. But you cannot lure people into your den and then be a snake. If you ask someone to share feedback at their own risk, you cannot punish them, hold it against them, or in any way make them regret it—primarily by becoming defensive. So you will want to say something like, “While your feedback was hard to hear, I really appreciate your willingness to share your observations with me.”

Find the humility to be sincerely appreciative. Ask clarifying questions, but be careful not to frame questions as excuses (“So you don’t think it’s important to set high standards?” for example).

It probably wasn’t easy for that person to share feedback, so show them some respect. You’ll be more likely to get feedback from them in the future as well.

5. Evaluate the feedback. You have three options when a direct report or others share feedback: take it, don’t take it, or do some additional investigating (i.e., ask your manager, peers, or other direct reports for feedback on the same behavior).

This takes discernment. The feedback might not be helpful or relevant. (A colleague once got feedback that she was too short.) It might not even be about you. Once I was piloting an event and asked some colleagues to review it. At the end, one of my peers tore it apart, including sections everyone else was raving about. I started feeling insecure, but then I realized the feedback didn’t seem to be about the event at all, but something—or someone— else. I thanked her, then chose not to act on that specific feedback.

6. Commit to action. Regardless of your decision, communicate your intentions to the person who gave you the feedback, either during the initial conversation or after you’ve thought it over. If you don’t, you might as well say they were wrong to trust you. So consider saying, “I really appreciate our discussion and everything you shared. I’m going to think through what you and others have provided and then determine where I want to focus. Again, I found this so valuable, and I hope you will be willing to share your feedback in the future.”

You won’t give and accept feedback perfectly out of the gate, and that’s okay. But learning to do it well is a distinctive feature of a great leader and manager—one your team deserves.

From Everyone Deserves a Great Manager by Scott Jeffrey Miller with Todd Davis and Victoria Roos Olsson. Copyright © 2019 by Franklin Covey Co. Reprinted by permission of Simon & Schuster, Inc.

Want to Open a Business? Here Are 5 Reasons to Consider Franchising.