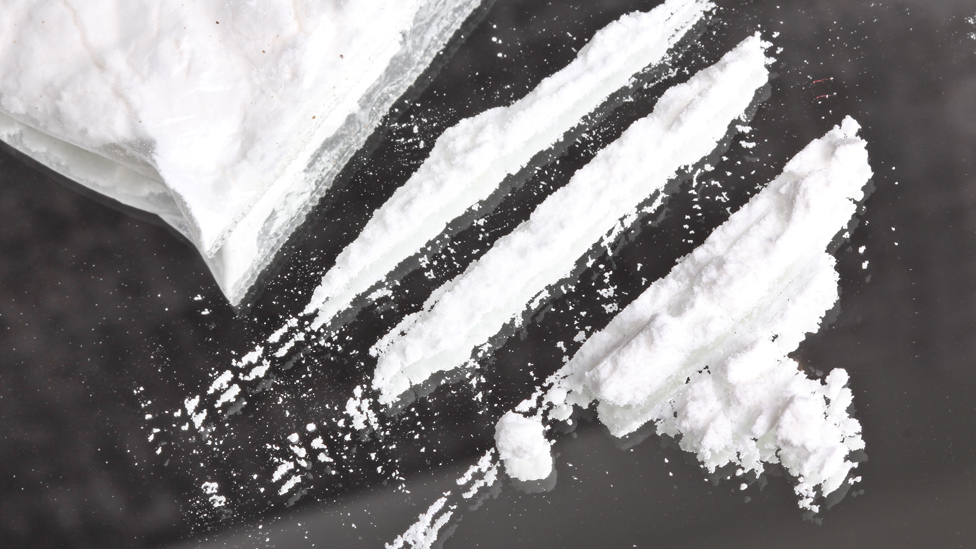 Cash and crypto-currencies were seized.

The dark net is an internet area beyond the reach of mainstream search engines.

Dutch police and the EU police agency Europol were also involved in smashing the network. In a tweet, Dutch police say they launched the operation.

The German police arrested a 31-year-old in Bad Vilbel, a man aged 22 in Kleve and a man aged 29 in Esslingen.

Police say they seized the computers used to run the illegal market place, along with more than €550,000 (£472,000) in cash, more than €1m in the cryptocurrencies Bitcoin and Monero, as well as expensive cars.

According to a police spokesman, investigators found more than 63,000 sale offers on the platform, more than 1.1 million customer accounts and more than 5,400 sellers.

German broadcaster SWR says ecstasy pills and Colombian cocaine were advertised on the platform, with purity grades and various amounts on offer. Cocaine was offered at prices from €42 per gram, while hashish was sold for €11 per gram.

Investigators found a notice on the platform warning that sales of weapons or sex abuse images were prohibited.

Europol says that in a related operation, Finnish customs took down an illegal site called Silkkitie – known as the Valhalla Marketplace. That was done with help from French police.

The operators of Wall Street Market are said to have received commission payments of 2- 6% of the sales value.

The Book that Reveals 10 Steps to Solving Any Complex Problem