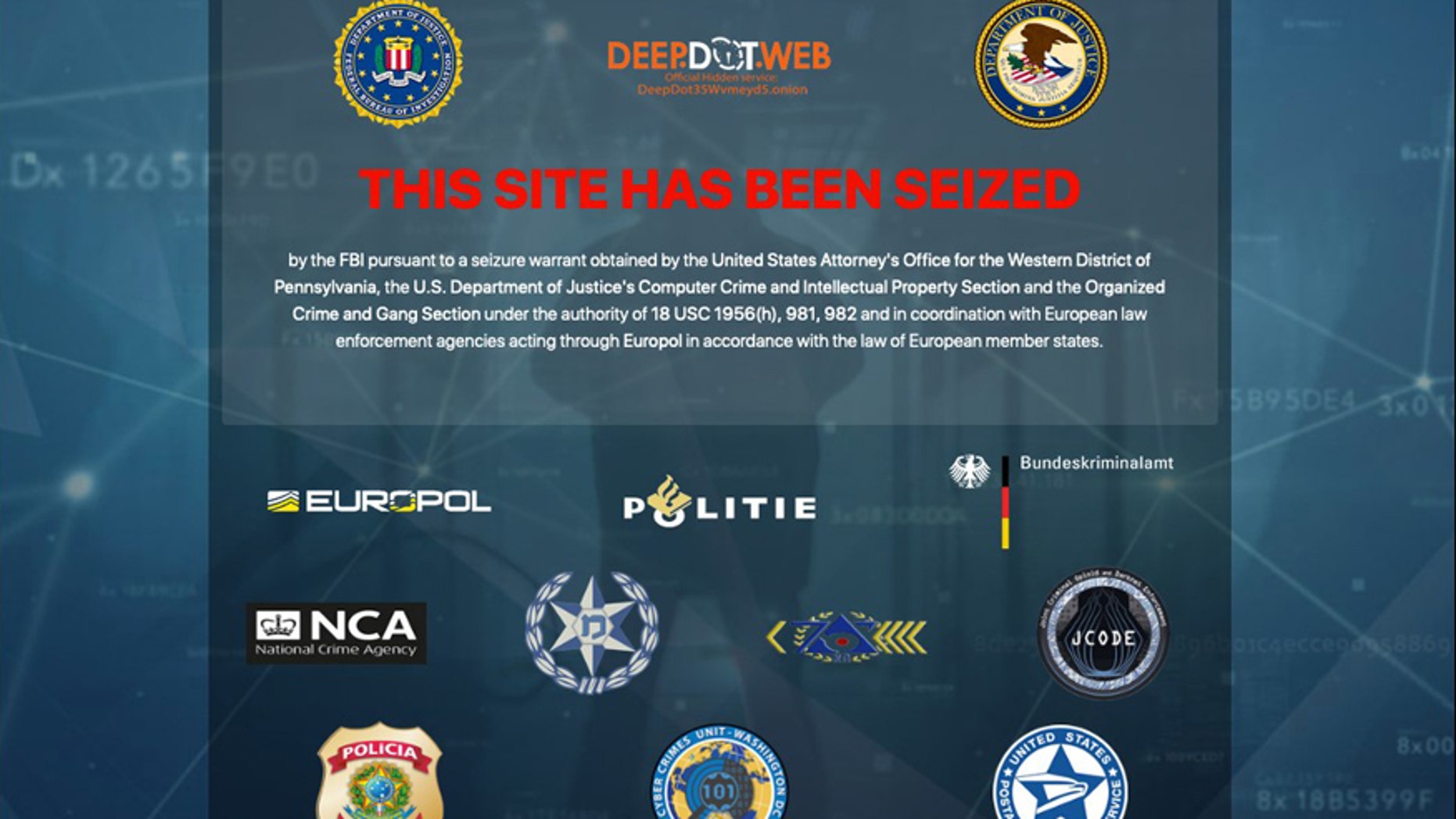 The FBI has shut down a shadowy website that helps criminals monetize contraband and launder money on the web.

Visitors to the site, DeepDotWeb, as of Wednesday, are now greeted by an FBI notice that says, in part, “This Site Has Been Seized by the FBI pursuant to a seizure warrant.” The notice also mentions the Organized Crime and Gang Section under the authority of 18 USC 1956.

Section 1956 of the U.S. Code deals with domestic and international money laundering, among other things.

“Platforms like DeepDotWeb facilitate the criminal activity that occurs on underground forums and market places,” Roman Y. Sannikov, director of analyst on demand at Recorded Future, a threat intelligence firm, told Fox News in an email.

“They help bring new members and customers to the criminal underground by providing them with links to resources that they would otherwise have a hard time finding,” Sannikov added.

In connection with DeepDotWeb, two Israelis were arrested, according to the Times of Israel. That report said the website “facilitated the purchase of weapons, drugs and other contraband” including stolen credit card information.

DeepDotWeb’s administrators are believed to have made millions of dollars in commission through referrals, the report said.

DeepDotWeb operated on both the surface web – what everyone has access to – and the dark web, essentially serving “as a gateway between the two worlds,” Sannikov added.

Three German nationals who allegedly operated a Dark Web marketplace with over one million users were charged last week following a two-year investigation involving U.S. law enforcement and authorities in Germany and the Netherlands, the US Department of Justice announced.

Administrators of that site, Wall Street Market (WSM), allegedly took all of the virtual currency held in WSM’s escrow and user accounts, believed by investigators to be approximately $11 million.

On the bright side, a new report released this week from Recorded Future says that, contrary to popular perception, the Dark Web is actually not so vast.

“The dark web is often portrayed as a vast and mysterious, while in reality, the number of [Dark Web] sites is tiny compared to the size of the surface web,” according to the report.

Active so-called “onion domains” come to less than 0.005% of the number of surface web site domains, the report said.

“The popular iceberg metaphor that describes the relationship of the surface web and dark web is upside down,” the report said.