Dozens of Google employees claim that when they filed complaints about harassment with human resources, they were retaliated against, according to a new report.

An internal document obtained by Recode shows 45 retaliation claims collected by employees over the course of two weeks in April, with most of the cases yet to be disclosed publicly. Of those cases, 28 were related to harassment or discrimination by managers or colleagues, and six specifically involved sexual harassment as the reason for the complaint.

In late April, Googlers staged a sit-in to share experiences of retaliation on the six-month anniversary of the global #GoogleWalkout that drew 20,000 workers into the streets worldwide to demonstrate against the company’s handling of sexual harassment allegation and pay inequity.

The organizers of the #GoogleWalkout ultimately claimed they were punished for their activism and decided to leave the tech giant.

“I made the choice after the heads of my department branded me with a kind of scarlet letter that makes it difficult to do my job or find another one. If I stayed, I didn’t just worry that there’d be more public flogging, shunning, and stress, I expected it,” Claire Stapleton, one of the organizers, wrote in her resignation letter.

GOOGLE HITS BACK AT CRITICS AMID ANTITRUST INVESTIGATIONS 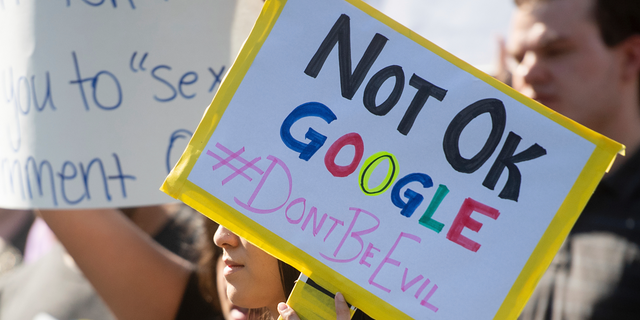 FAKE NEWS ON INSTAGRAM COULD CAUSE MAJOR PROBLEMS IN 2020: REPORT

According to Recorde, most of these new claims follow a pattern: an employee would raise a concern internally, and after the employee reported the issue, they claim they were indirectly punished with negative performance reviews, demotions, or being dropped from desirable projects. Some reportedly said that HR investigations dragged on for weeks and months without any resolution.

Google pushed back strongly and pointed out a number steps the Big Tech firm has taken to increase transparency and improve the reporting process for employees that have concerns. For example, Google employees have access to a detailed process that shows exactly how the investigation process works, and it also publishes an annual internal report providing updates about ongoing investigations of these matters.

“Reporting misconduct takes courage and we want to provide care and support to people who raise concerns,” Google Vice President of People Operations Eileen Naughton told Fox News via email Monday night. “All instances of inappropriate conduct reported to us are investigated rigorously, and over the past year we have simplified how employees can raise concerns and provided more transparency into the investigations process at Google. We work to be extremely transparent about how we handle complaints and the action we take.” 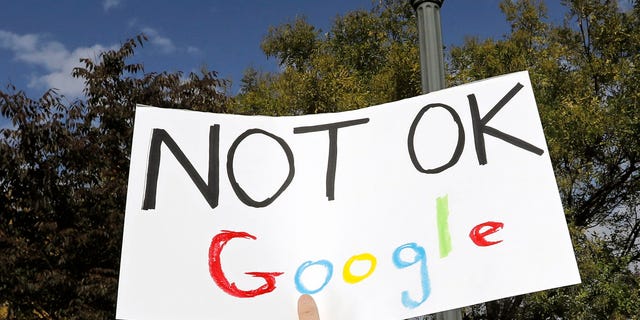 A Google employee holds a sign during a walkout to protest how the tech giant handled sexual misconduct at Jackson Square Park in New York, U.S., Thursday, Nov. 1, 2018. (Getty Images)

“Everybody’s cases are different — and everybody’s are horrifying,” one Google employee who reviewed the document told Recode.

Liz Fong-Jones, a former Google engineer and activist who said she also faced retaliation, explained: “In general, there’s a culture at Google where people were afraid to talk to HR — and in many cases for good reason.”