Silicon Valley is bracing for the coronavirus outbreak to impact its bottom line as Google closed its offices in China and Apple said its production will be affected.

Google, which has 10 offices spread between mainland China and Taiwan, confirmed on Wednesday to Fox Business that the offices — which had been closed for the Lunar New Year — will now be closed for the foreseeable future.

The Mountain View, Calif., company also reportedly said its charitable arm provided a $250,000 grant to the Chinese Red Cross to help with relief efforts and the company’s internal campaign for assistance has raised $500,000. 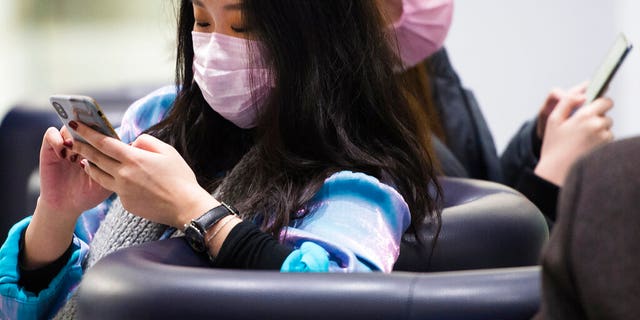 People wear masks following the outbreak of a new virus as people arrive from the International terminal at Toronto Pearson International Airport in Toronto on Saturday, Jan. 25, 2020. (AP)

On Tuesday, Apple CEO Tim Cook said in a call with investors that the company had limited employee travel to China to “business-critical” matters, and that the firm is donating to groups trying to contain the outbreak.

“The situation is emerging and we’re still gathering lots of data points and monitoring it really closely,” Cook said. “We have a wider than usual revenue range for the second quarter due to the greater uncertainty.”

The Apple chief executive also confirmed that many of its retail locations in China have scaled back their hours and are also undergoing frequent “deep cleaning” as well.

Meanwhile, a spokesperson for Microsoft told Forbes that the company has “advised employees in China to work from home and cancel all non-essential business travel.”

As of Wednesday, there were 132 deaths from the outbreak and thousands of confirmed cases, according to Chinese officials and the World Health Organization.

Fox Business contributed to this report.

Newspaper industry loses one of its last big backers in Buffett, who delivered Washington Post as a kid