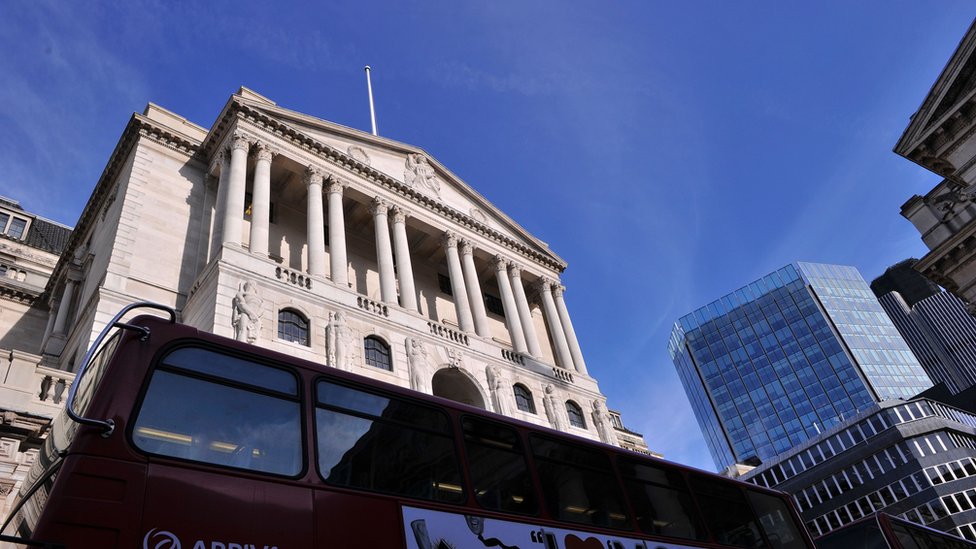 The Bank of England’s inflation report is out at noon on Thursday.

It will set out the economic analysis and inflation projections that the Monetary Policy Committee uses to make its interest rate decisions.

In its February report, the Bank of England said it expected growth this year to be the slowest since 2009.

Here’s five things to look out for this time round.

1. The economy is doing better

While the UK isn’t on the critical list, the Bank was expecting the slowest rate of growth in 2019 since the financial crisis – not least because of Brexit-related uncertainty and slower demand for exports from the likes of China and Germany.

The Bank expected the economy to expand by an unremarkable 0.3% in the first quarter, but the evidence points to a better outturn.

While the list of retail casualties on the High Street grows, some are clearly doing well: consumer spending has defied expectations.

And a rush to stockpile components and finished goods meant a busy few months for manufacturers. Looking to the future, the Bank makes its forecasts by considering the average of a range of Brexit outcomes.

While the prolonged “fog” may continue to suppress investment, the Bank’s own research suggests businesses are better prepared for a no-deal, limiting the potential economic fallout from that eventuality.

2. Inflation may be looking up

Like many, the Bank has been surprised by the strength of the jobs market in recent years. Wages are outpacing inflation again – and higher wages mean greater spending power and could ultimately mean the cost of living rises faster.

It’s something that the Bank keeps a close eye on.

Add in higher oil prices and the Bank could raise its inflation predictions.

3. ‘One and done’ for interest rates?

If it’s concerned that inflation will be above its 2% target, some in the City have speculated that the Bank may want to get a rate rise in now, while the going is relatively good. But no one is seriously predicting that – yet.

The environment is simply too uncertain.

Expect the Bank to maintain its mantra that rates will rise slowly and gradually when the hikes do get under way – the tortoise rather than the hare approach.

There’s a good reason for the emphasis, to avoid scaring the markets – and consumers.

The Bank’s base rate has been below 1% for a decade now, meaning a whole generation of homeowners haven’t known variable mortgage rates to be above 5%.

The majority of economists reckon the Bank will hold fire on changing rates until next year, possibly until after the departure of the governor, Mark Carney, in January.

5. A change of boss – not necessarily a change in tactics

The hunt for Mr Carney’s successor is under way. Will he or she be a “safe pair of hands”, a Bank insider? Or, as the chancellor has hinted, someone with a higher international profile?

And what will that mean for rates?

Much will be made of potential candidates’ perceived preferences. But ultimately, does it matter?

Sure, as those at Capital Economics point out, rate decisions are almost universally aligned with the governor’s vote. But their analysis also shows those decisions are dictated largely by the strength of economic data.

Still, that won’t stop speculation about the identity of the next governor keeping City traders busy over the summer.

6 Tips for Hiring and Keeping the Right Team Members