The technology news outlet reports that emails exchanged between Ring and Ewing Township, N.J., police in March show Amazon edited a quote attributed to police chief John Stemler to remove the words “surveillance” and “security cameras” from his statement before it was given to reporters.

The emails also seem to suggest that doing so is common. Ring removes the terms, a company representative reportedly wrote, so as not to “confuse” residents. 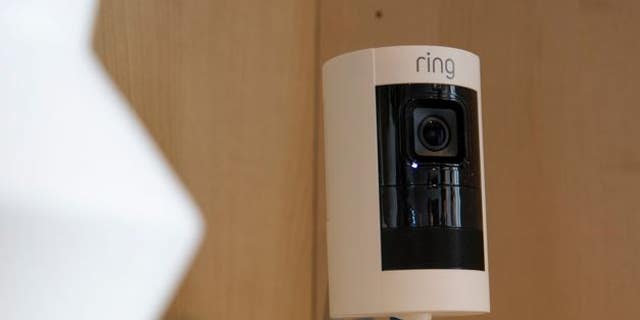 The Ewing Police Department announced it was adopting Ring’s Neighbors app in March, according to a post on Facebook. According to the materials obtained by Gizmodo, law enforcement officials used one of Ring’s pre-written press releases when announcing its adoption of the company’s Neighbors app and inserted a quote attributed to Stemler.

The quote initially included the following sentence: “Security cameras have been proven to be essential in deterring crime, and surveillance systems have assisted in closing cases that may have otherwise gone unsolved.”

However, the sentence was crossed out by Ring’s public relations coordinator, who then sent the statement back to the department, telling them it was “good to go” whenever the department wished to distribute it to their “local press list.”

Amazon’s Ring service may already have partnerships with 200 police departments across the U.S., according to a recent report.

The coordinator told Ewing police that Ring has “learned to avoid” using the terms “surveillance” and “security cameras” in its “initial PR especially” because doing so might “confuse residents into thinking this program requires a Ring device or other system to participate or that it provides any sort of direct access to user devices and information.”

A Ring representative told Gizmodo on Monday: “Ring requests to look at press releases and any messaging prior to distribution to ensure our company and our products and services are accurately represented.”

Amazon has been slammed by critics and privacy advocates over potential bias in its facial recognition software and related products.

Amazon did not immediately respond to Fox News requests for comment on this story.