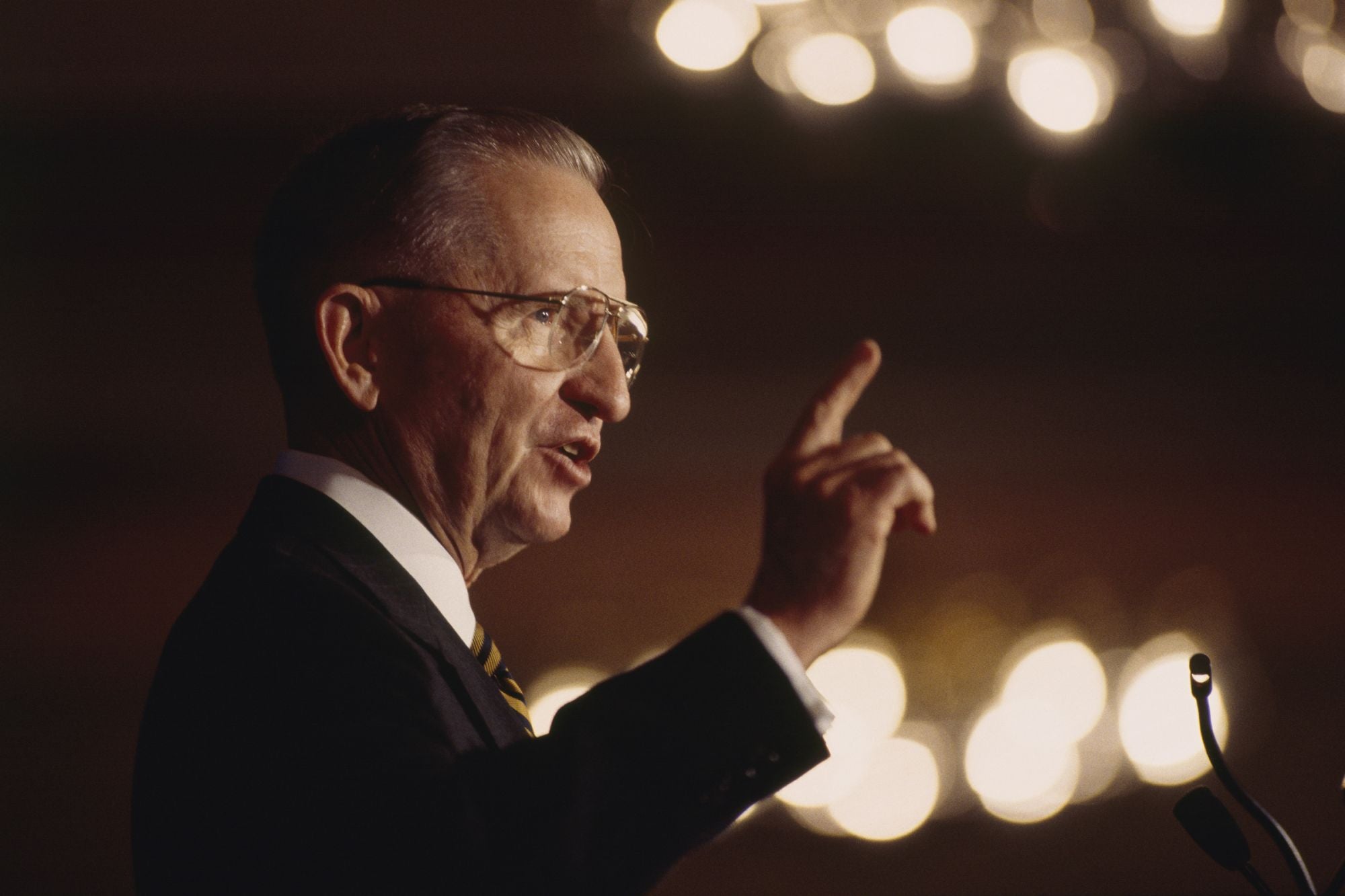 The philanthropist died on Tuesday at the age of 89.

The self-made billionaire began his career in the U.S Navy and then worked in sales at IBM. Perot started his first company, Electronic Data Systems, in 1962 with a meager $1,000 to his name. He eventually sold the company to General Motors for $2.5 billion in 1984. Perot later founded Perot Systems, another data tech service. In 1992, Perot ran as an independent candidate for the U.S. presidency, resulting in one of the most successful third-party campaigns in American history. He ran again in 1996. Also known for his philanthropic ventures, Perot extensively donated to help veterans, military and community relief efforts.

Here are some of Ross Perot’s most influential quotes.

On a successful nation:

“We will not have a great country until we get rid of the hate and divisiveness and come together as a united, loving, winning team.” (From a campaign speech, 1992)

On how to get ahead as a society:

“I’m unique, I am special, treat me as a human being, treat me with dignity and respect. … Any society that operates on that fundamental principle will have a distinct advantage.” (From a campaign speech, 1992)

“Don’t we love our children as much as our parents loved us? Sure we do, we cannot spend their money.” (From a Face the Nation talk, 1992)

On how to get out of debt:

“Stop the decline, stabilize it, and turn it into a growing industrial base … by making the finest products in the world” (From a Face the Nation talk, 1992)

On how to solve issues:

“Is this one were gonna talk about or do something about.” (From a presidential debate, 1992)

What It's Like to Be Mentored by Gwyneth Paltrow